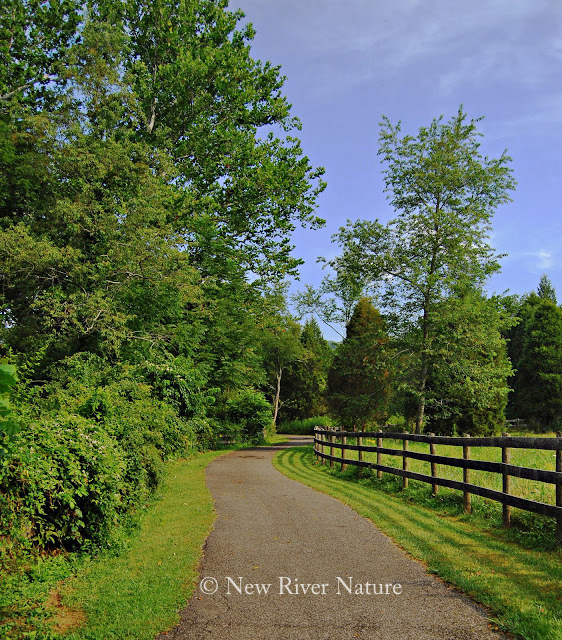 Adopt the pace of nature:
Her secret is patience.
~ Ralph Waldo Emerson
More Pathways - HERE
Posted by Kerri Farley at 6:55 AM 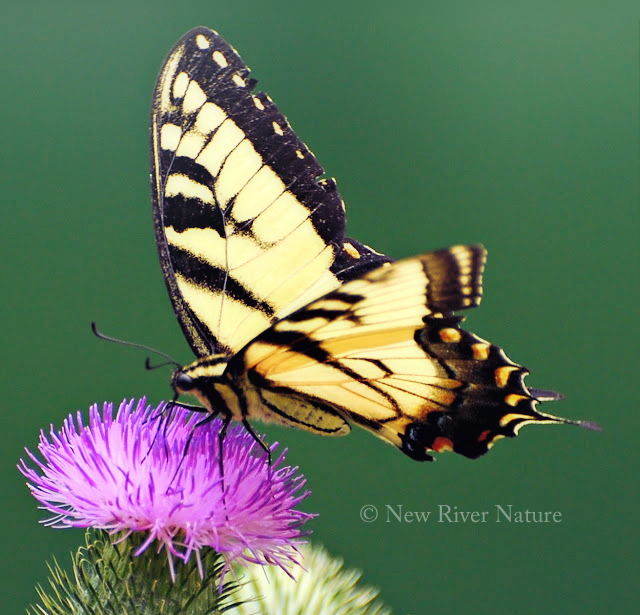 Yes, in the poor man's garden grow
Far more than herbs and flowers—
Kind thoughts, contentment, peace of mind,
And joy for weary hours.
~ Mary Howitt
More of my Butterflies - HERE
Posted by Kerri Farley at 6:48 AM 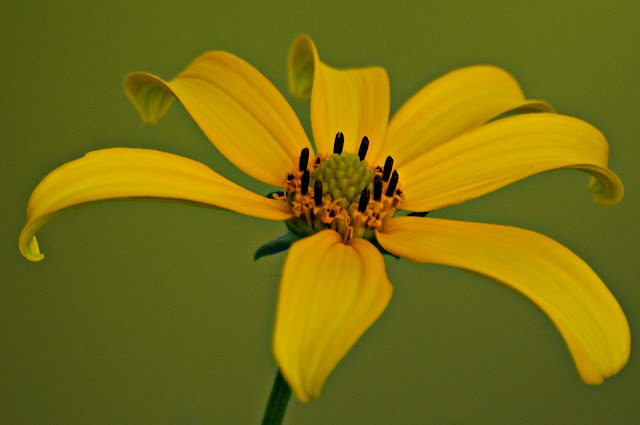 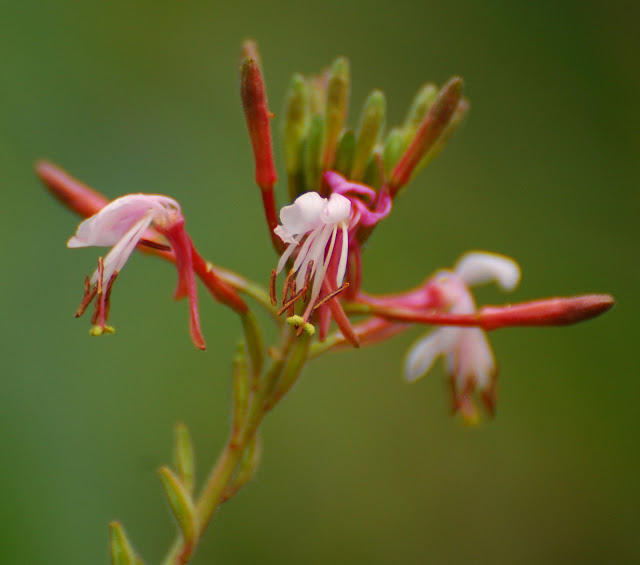 Very little grows on jagged rock. Be ground. Be crumbled, so wildflowers will come up where you are.
~  Rumi
Posted by Kerri Farley at 8:21 PM

Thirsty Three and a Bonus 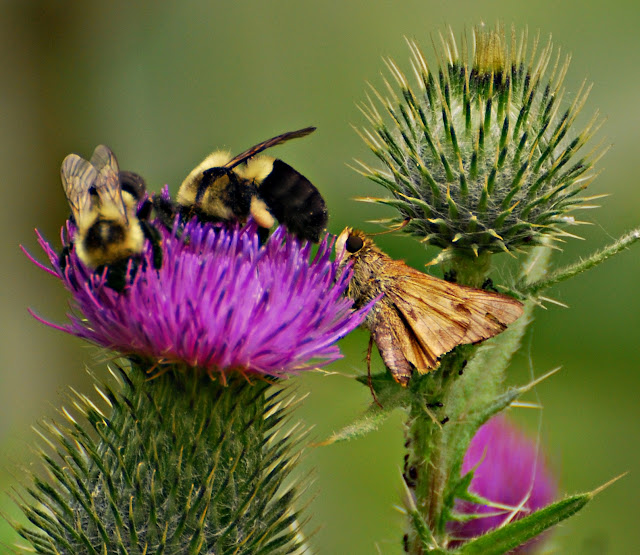 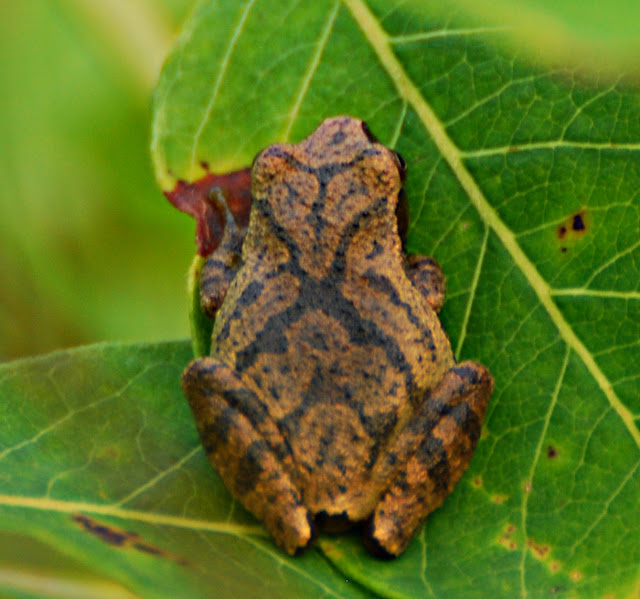 I found this little guy...and I do mean little.
He was the size of my thumbnail.
I LOVE finding the "amazingness" in nature :)
Posted by Kerri Farley at 2:12 PM

The Journey is Revealing 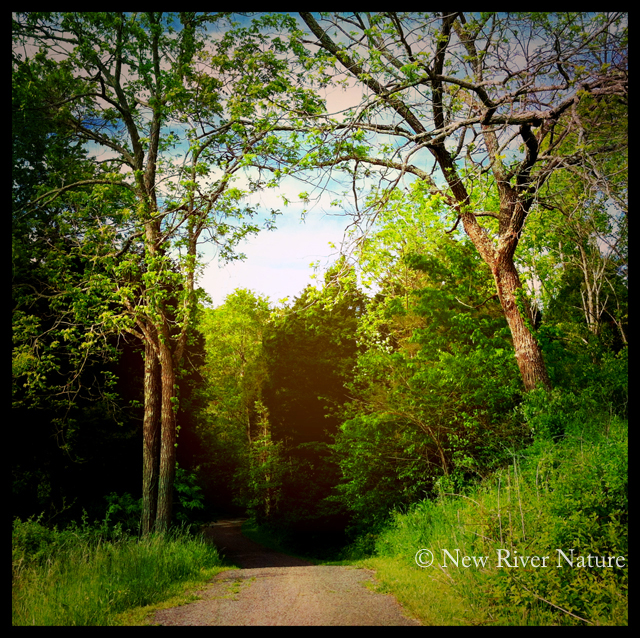 I am no longer afraid of becoming lost, because the journey back always reveals something new, and that is ultimately good for the artist.
~  Billy Joel
Posted by Kerri Farley at 5:53 AM 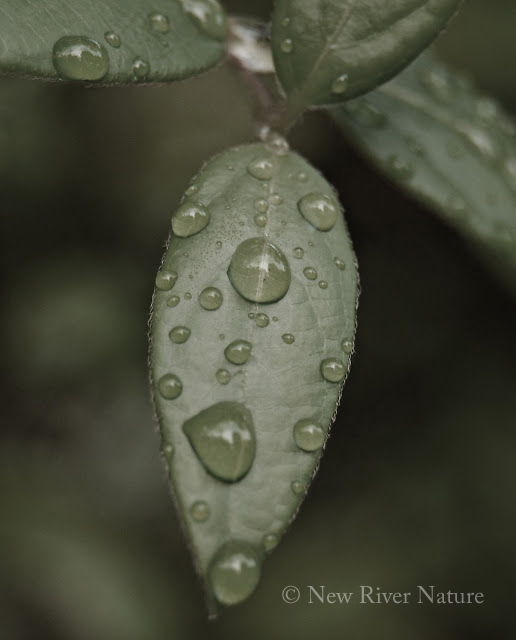 More of my "droplets" - HERE

Welcome Every Morning With A Smile 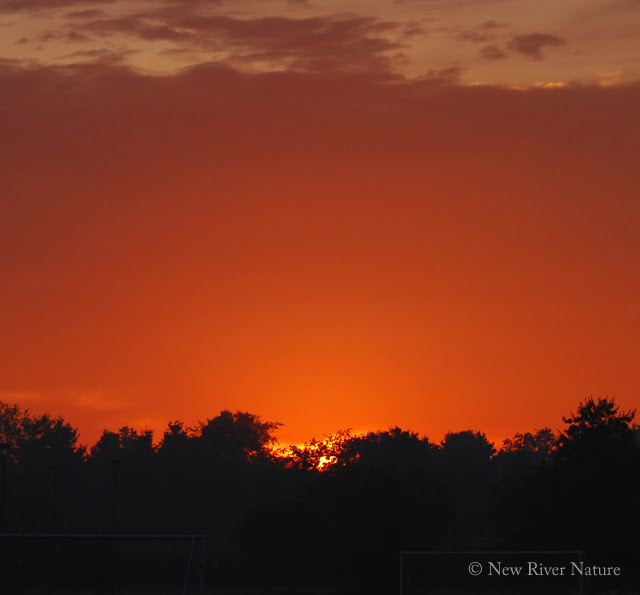 Welcome every morning with a smile. Look on the new day as another special gift from your Creator, another golden opportunity to complete what you were unable to finish yesterday. Be a self-starter. Let your first hour set the theme of success and positive action that is certain to echo through your entire day. Today will never happen again. Don't waste it with a false start or no start at all. You were not born to fail.
~Og Mandino

More of my Sunrise images - HERE
Posted by Kerri Farley at 5:53 AM

Heaven in a Wildflower 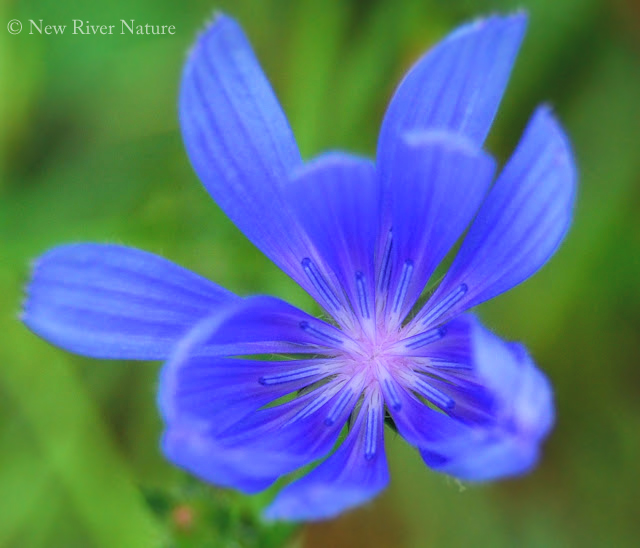 Looking down inside a Blue Chicory Wildflower 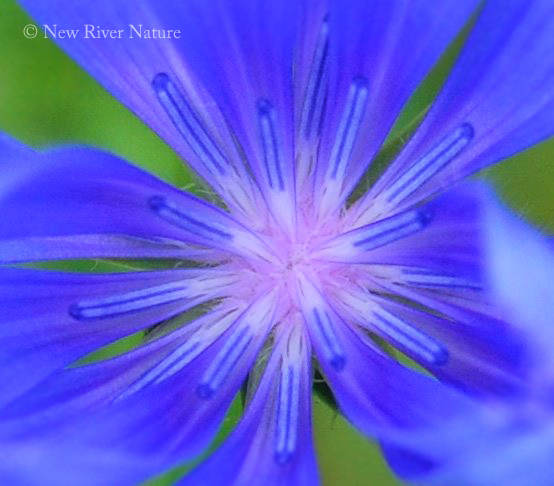 To see the world in a grain of sand
and heaven in a wildflower,
hold infinity in the palm of your hand
and eternity in an hour.
-  William Blake

The Spreading of a Wing 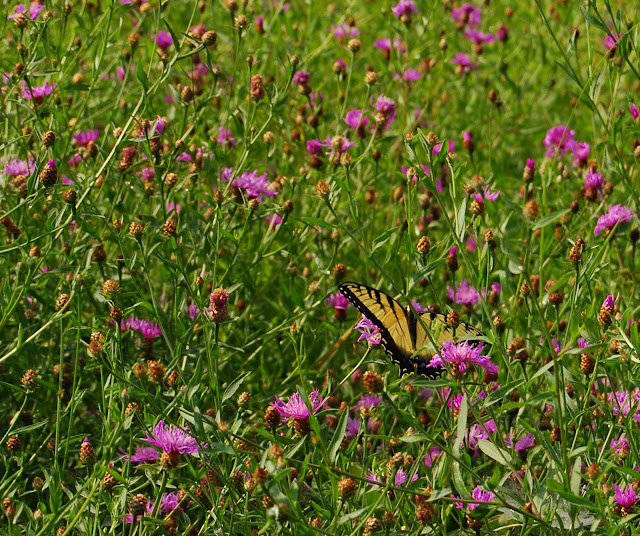 My turn shall also come:
I sense the spreading of a wing.
~ Osip Mandelstam

The Time To Be Happy Is Now 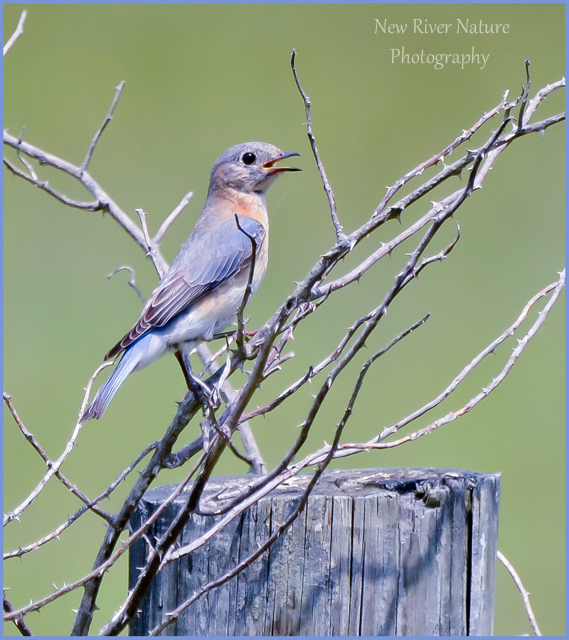 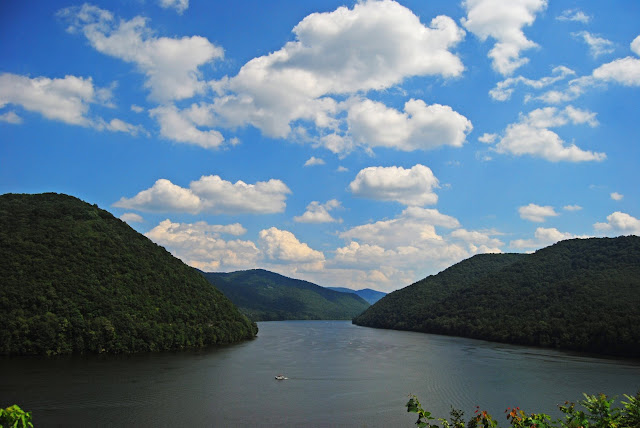 Clouds over Bluestone Lake in West Virginia.
When they say "Almost Heaven West Virginia".... they have got it right!  It is a little piece of Heaven.
Print Available - HERE The New River - Bisset Park Radford, Virginia
Posted by Kerri Farley at 6:42 AM 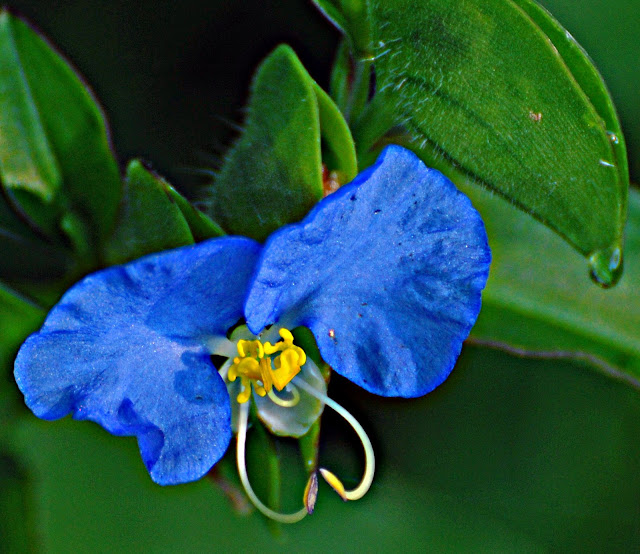 Flowers... are a proud assertion that a ray of beauty outvalues all the utilities of the world.
~ Ralph Waldo Emerson
Posted by Kerri Farley at 7:07 AM 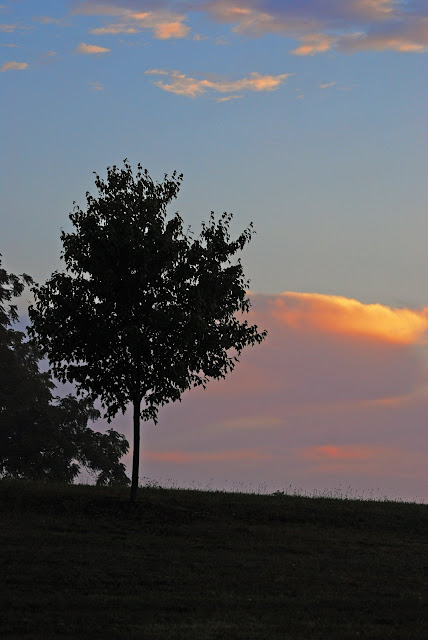 Come quickly. You mustn't miss the dawn.
It will never be just like this again.
~ Georgia O'Keeffe
Posted by Kerri Farley at 6:01 AM 28 comments: 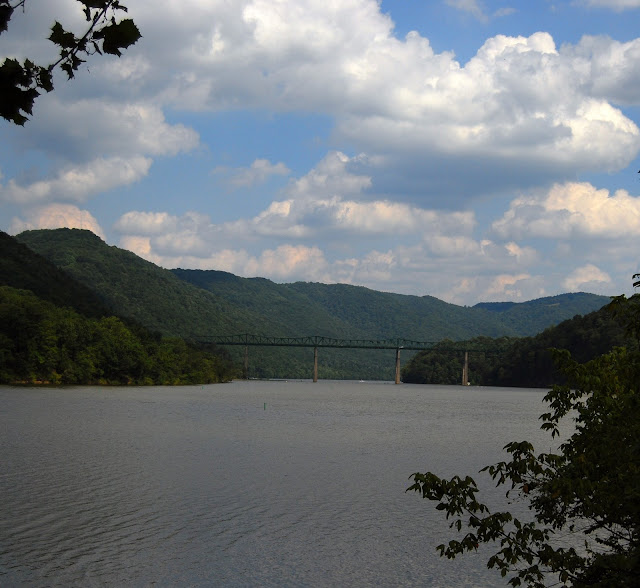 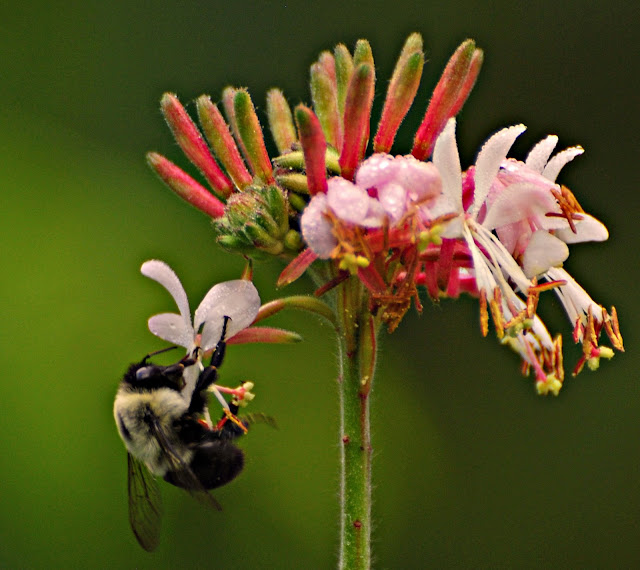 ~
A firm grasp on the petal
thirsty bee will drink
carrying
the sweetness of nature
when he departs
~
Posted by Kerri Farley at 7:27 AM 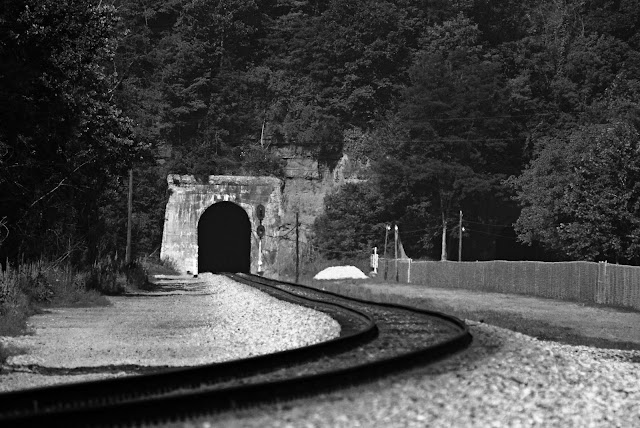 As a youngster I walked along these tracks and sometimes
would sneak into that dark tunnel.
Of course I would make sure there were no trains coming.
Looking back on that, it was probably a very stupid thing to do!
This is the tunnel in Talcott West Virginia, near where I grew up.
It is the sister to the tunnel (which is beside this one)
that John Henry worked on. Do you know the legend of John Henry?
He really isn't a legend where I grew up...we think he was real and that
he really DID beat that steam drill.
See More about John Henry - HERE
Posted by Kerri Farley at 6:00 AM 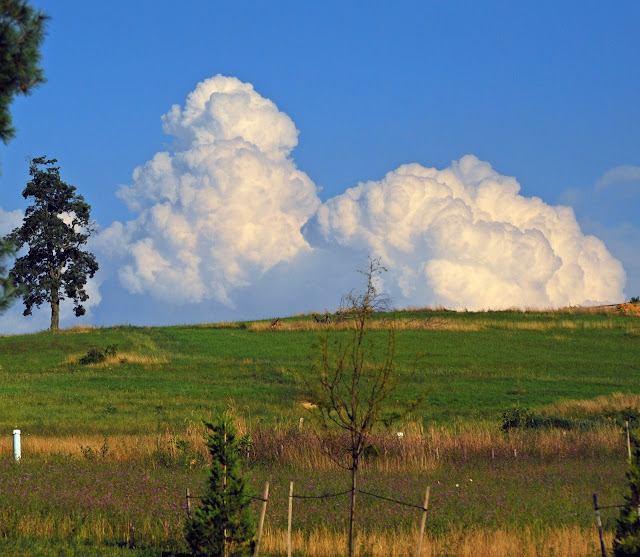 A cloud does not know why it moves in just such a direction and at such a speed... It feels an impulsion... this is the place to go now. But the sky knows the reasons and the patterns behind all clouds, and you will know, too, when you lift yourself high enough to see beyond horizons.
~ Richard Bach

More of my Cloud images - HERE
Posted by Kerri Farley at 9:21 PM 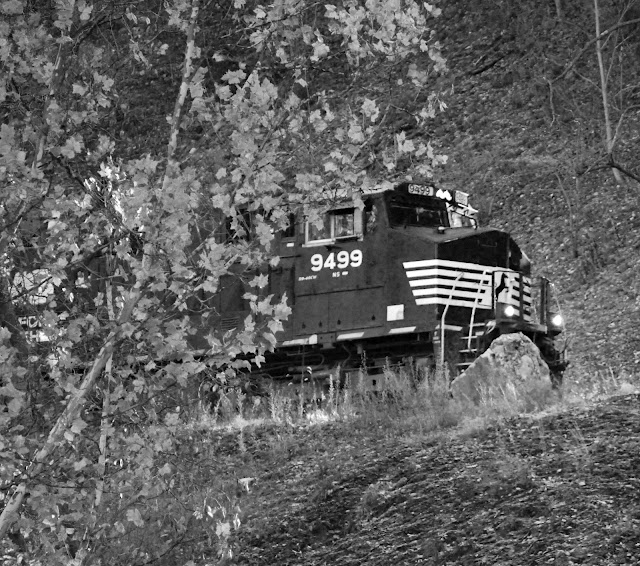 ~ Quite the departure from pics I normally post :)
I like trains. I grew up in an area of trains...not within "seeing"
distance...but within hearing distance.
The train whistle and the chug going down the tracks
was ALWAYS a comforting sound.
I still LOVE to hear it!

More of my Black and White images - HERE
Posted by Kerri Farley at 7:29 AM 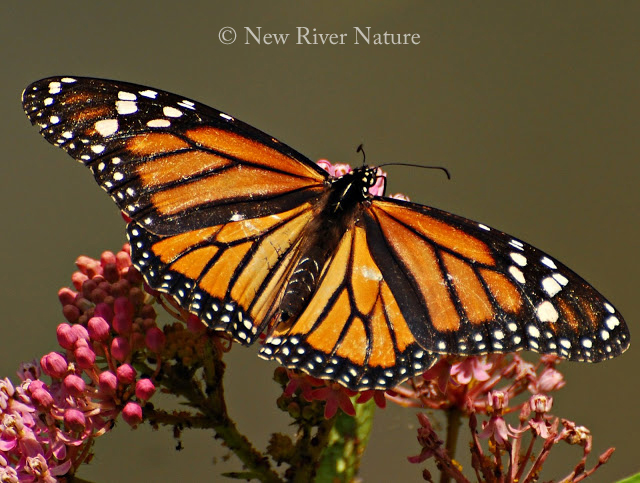 Every artist dips his brush into his soul, and paints his own nature into his pictures.
~ Henry Ward Beecher
Posted by Kerri Farley at 5:49 AM

Focused On The Destination 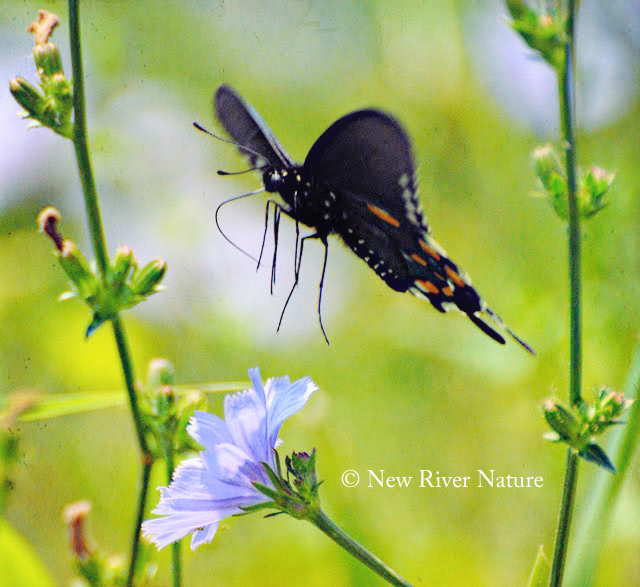 ~
With focus
His destination
Blue Petals
~
Posted by Kerri Farley at 7:06 AM 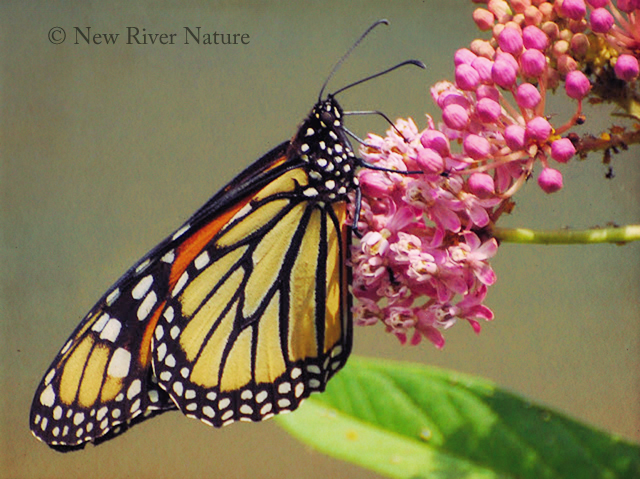 Everyone has inside of him a piece of good news. The good news is that you don't know how great you can be! How much you can love! What you can accomplish! And what your potential is!
— Anne Frank
Posted by Kerri Farley at 6:27 AM 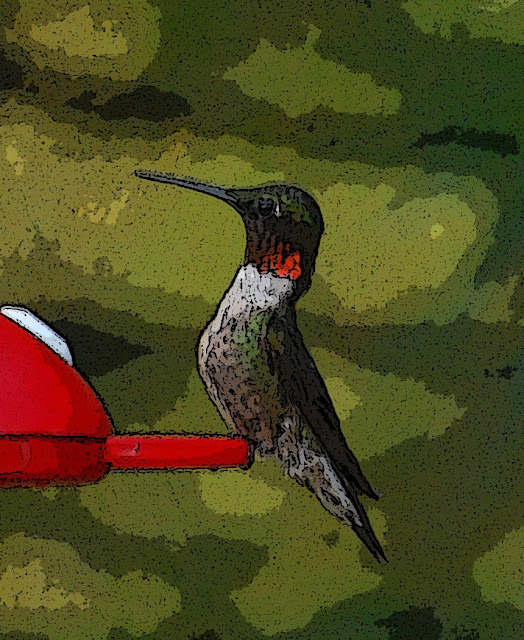 Sometimes, my pictures just don't come out clear or crisp enough.
When that happens, I play around with them to see what
I can come up with.
This is a male hummingbird at the feeder. 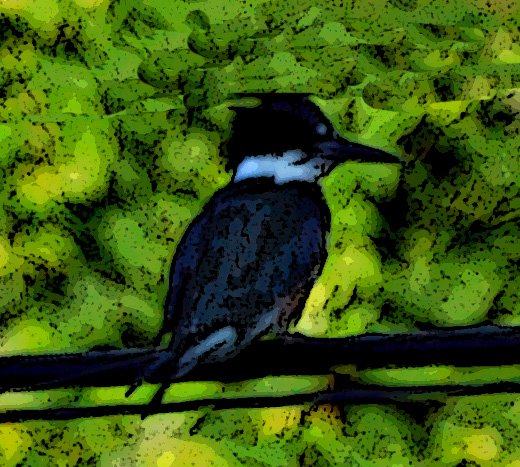 This is my very first Belted Kingfisher.
I was too far away for the shot to come out very clear...but
I was able to salvage it a bit by enhancing it with some
filters in Photo Shop Elements 5.

For More Camera Critters Visit
or to join in on the fun,
visit Misty at: http://camera-critters.blogspot.com/
Posted by Kerri Farley at 6:05 AM

Simplicity in the Grasses 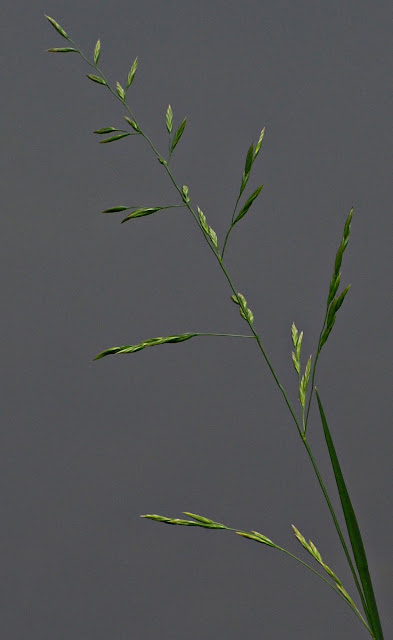 Photography is my creative outlet... and I try to find a quote or poem that goes

along with what I'm feeling about the shot.

Make the most of yourself, for that is all there is of you.
Ralph Waldo Emerson

~
even the grasses
they make the most
of what they have
we can learn a lot
from nature
~
Posted by Kerri Farley at 2:26 PM

I'm not sure if anyone else is having problems....but i keep getting an error that says:
Internet Explorer cannot open the site: http://thesunriseofmylife.blogspot.com.
And then it says operation aborted.
I do see that blogger has a note about some sites being labeled spam incorrectly.
I don't know if that is the problem with mine or not.
Posted by Kerri Farley at 7:55 AM 9 comments: 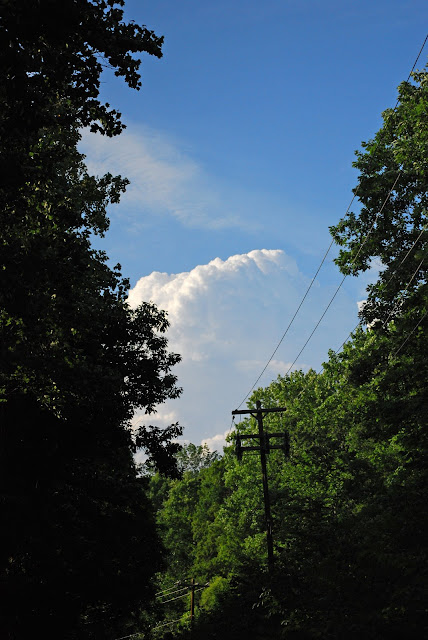 “The bad news is time flies.
The good news is you’re the pilot.”
– Michael Altshuler
Posted by Kerri Farley at 7:41 AM