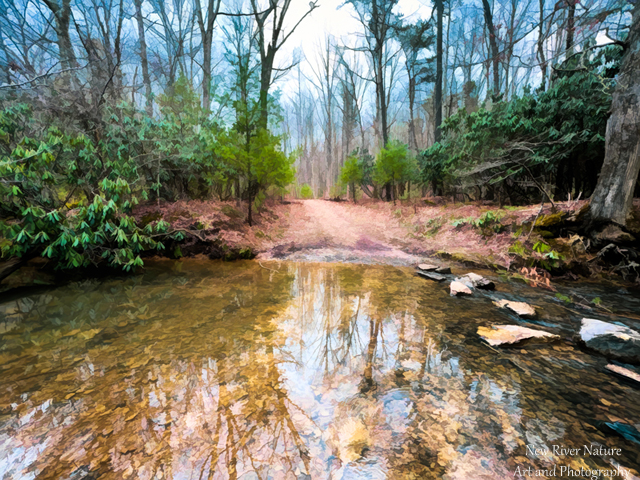 For in the true nature of things, if we rightly consider, every green tree is far more glorious than if it were made of gold and silver.
Martin Luther
From our hike along the Poverty Creek Trail - Blacksburg, Virginia
Pandapas Pond Area
03-19-22
Print Available - HERE
Posted by Kerri Farley at 8:32 AM 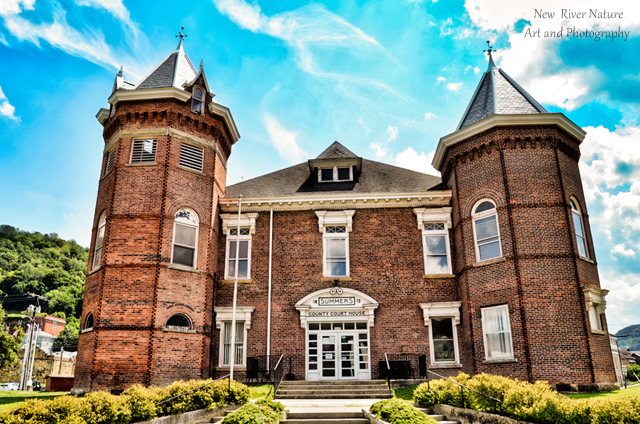 The courthouse in Summers County -
the county I grew up in.
Wikipedia tells me:
"The Summers County Courthouse in Hinton, West Virginia, is a red brick Romanesque Revival or late Victorian building, originally constructed in 1875–76. The building was remodeled between 1893 and 1898 by architect Frank Pierce Milburn, who added octagonal turrets at the corners. A 1923 addition followed suit with another square with two towers. A plan 1930s addition followed. A cast-iron stairway in the northwest tower ascends to the courtroom."
Print Available - HERE
Posted by Kerri Farley at 9:27 AM

Portrait of a Red Bird 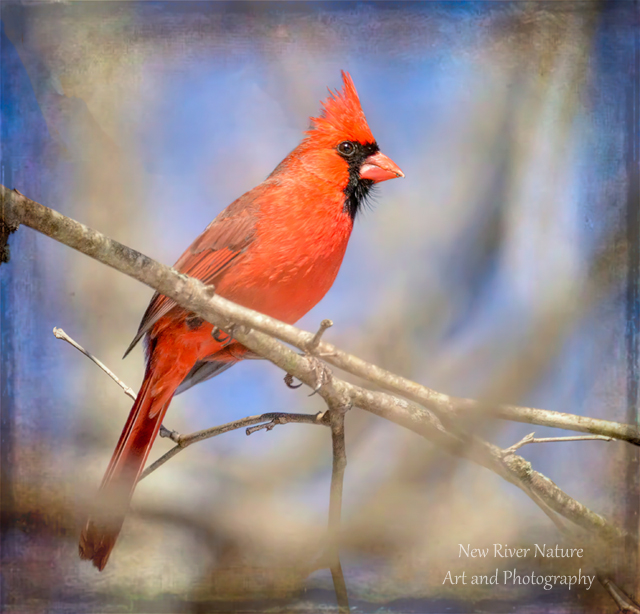 Dancing Under the Sky 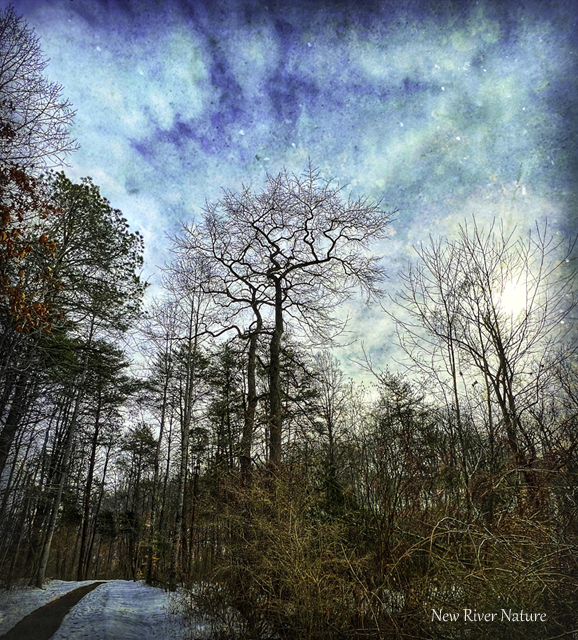 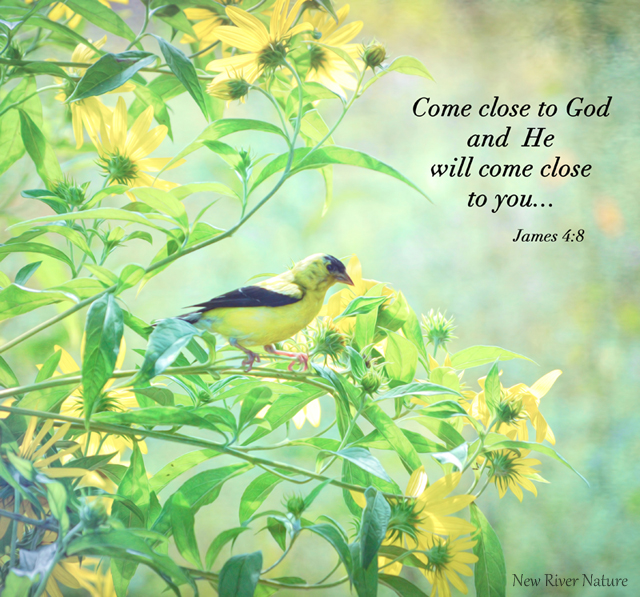 Print Available - HERE
Posted by Kerri Farley at 7:50 AM 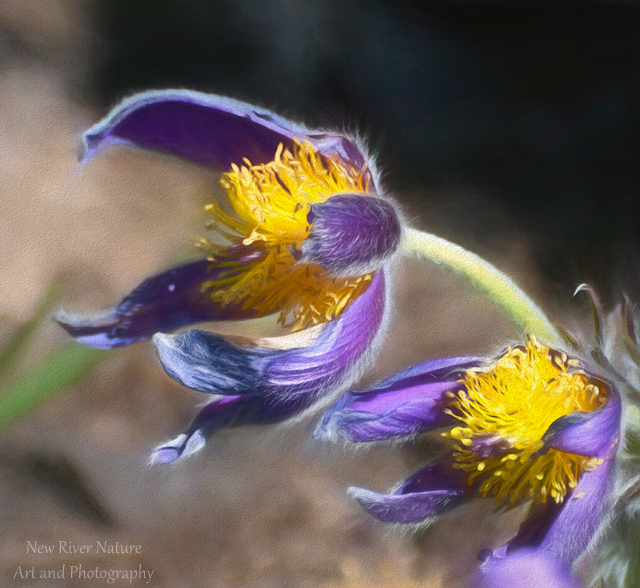 Wikipedia tells me:
"The genus Pulsatilla contains about 33 species of herbaceous perennials native to meadows and prairies of North America, Europe, and Asia. Derived from the Hebrew word for Passover, "pasakh", the common name pasque flower, refers to the Easter flowering period. Common names include pasque flower (or pasqueflower), wind flower, prairie crocus, Easter flower, and meadow anemone. Several species are valued ornamentals because of their finely-dissected leaves, solitary bell-shaped flowers, and plumed seed heads. The showy part of the flower consists of sepals, not petals."
Print Available - HERE
Posted by Kerri Farley at 8:31 AM