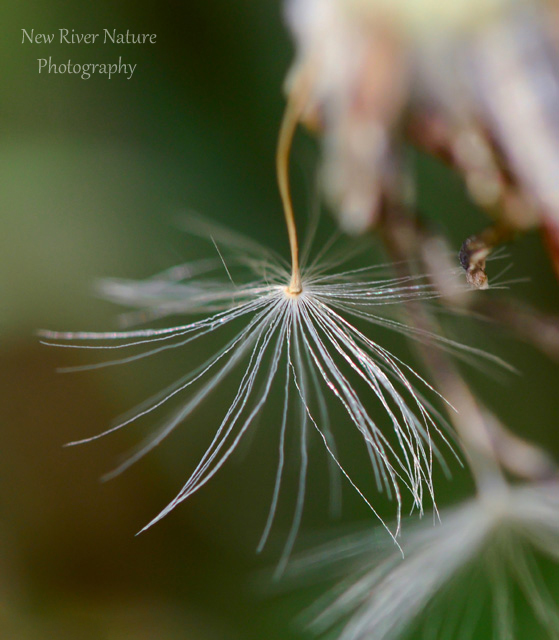 What is a weed?
A plant whose virtues have not
yet been discovered.
Ralph Waldo Emerson

About the Image: Dandelion Pappus - 12-03-11 Izaak Walton Park - Christiansburg, VA
I didn't know what the little "wispy" part of the dandelion was called. I looked it up and Wikipedia tells me that it is called a Pappus (Pappi would be the plural).
"feathery bristles of the pappus function as a "parachute" which enables the seed to be carried by the wind"
I LOVE learning new things!
Posted by Kerri Farley at 6:58 AM